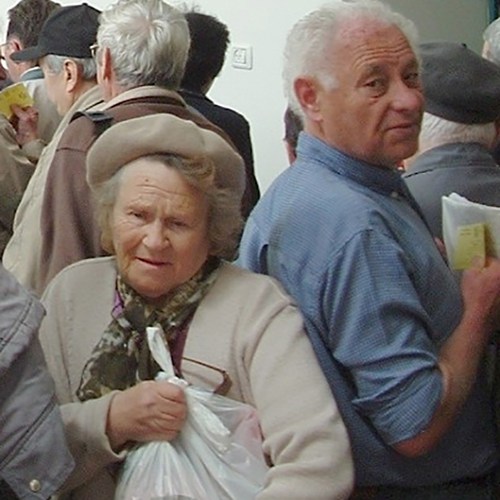 “In another 10 or 15 years, we will no longer have Holocaust survivors in our midst. This is the time we need to care for them.” I was speaking to Erez, a man with a vision and a burden. It is his responsibility to provide affordable housing solutions for Israel’s elderly with extremely limited resources.

Rev. Rebecca J. Brimmer is the International President and CEO of Bridges for Peace. She directs the worldwide organization with International Headquarters in Israel and eight national offices. She is a spokesman on behalf of Bridges for Peace in many venues, through the printed page, radio, television, public meetings, and conferences. She is a published author and the Editor in Chief of the Dispatch from Jerusalem. She is ordained with the International Ministerial Fellowship. She has resided in Israel since 1990 with her husband Tom.

Rev. Cheryl Hauer has been with Bridges for Peace for over twenty years. She is currently the Vice President, serving as deputy to the International President and CEO and overseeing the work of six Bridges for Peace national offices. Cheryl speaks internationally on behalf of the organization and teaches on a variety of Israel related topics. She is an ordained minister and a published author with extensive experience in Jewish Christian relations. She resides in Jerusalem with her husband Steven.

Peter Robertson, International Chief Financial Officer, has served Bridges for Peace with a passionate love for the Lord and for Israel since 2003. As a management accountant, Peter has served in two consecutive finance director roles in industry prior to joining Bridges for Peace and has worked in the manufacturing, distribution, retail, and not-for-profit sectors in a varied accounting career that has spanned 25 years.

As USA National Director, Jim is the lead servant of the work of Bridges for Peace in the United States. He is vice-chair of the BFP-USA Board and a member of the BFP International Board of Directors. A graduate of St. Olaf College and an ordained minister, Jim hosts an annual tour to Israel, is a conference speaker, and regularly teaches and preaches on various Israel-related topics. He received his DDiv from Masters International School of Divinity. Jim and his wife Sharon have 2 daughters, 4 grandchildren, and reside in Melbourne, Florida.

As the eldest daughter of a Pastor who prayed for Israel for more than 70 years, Atsumi was convinced of the role of Israel according to the Bible and the ultimate fulfillment of Scriptural prophecy. She became familiar with the work of Bridges for Peace on her first Holy Land Tour in 1996. Atsumi started serving with Bridges for Peace Japan in the same year. Since then, she has encouraged churches across Japan to join in the efforts of Bridges for Peace. In 2000, Atsumi became the Director of the Japan National Office.

Rev. Peter Fast previously served as the Deputy National Director with Bridges for Peace Canada, having returned with his family from volunteering with BFP in Israel for over three years. Peter holds degrees from Prairie College, BA in Biblical Studies and a BA in Intercultural Studies. He has completed a Master of Arts in Judeo-Christian Studies at Masters International University of Divinity. Peter teaches on subjects such as: Hebraic Roots, Historical/Modern Israel, Christian anti-Semitism, and Early Church history.

Chris Eden’s involvement with Israel started with a passion to see the Church in South Africa appreciate its Hebraic foundations. He has served as national director since 1999 and desires to help Christians understand how they should relate to the unfolding biblical prophesies concerning Israel. He leads an able team and travels extensively throughout South Africa with a particular emphasis on leaders. The Church Leaders Israel Forums and Church Leaders Israel Briefings have been developed to support this initiative. The main teaching sessions that he presents are Church Leader’s Israel Briefings and Annual Israel Updates.

Matthew assumed the role as Australian National Director, in February 2018, having spent the major part of his Christian ministry in pastoral leadership. In 2015, God began to stir his heart to pursue a different ministry focus. As a result, a deep passion has grown in his heart to see Christian believers catch a vision of what it means to stand with Israel and the Jewish people. He and his wife Tricia have five children and have also entered the grandparent phase of life.

Michael Treharne has been involved with Bridges for Peace since 1994.  He was one of the first U.K. volunteers to go to Israel. He has been involved with Bridges for Peace in the U.K. through prayer, office volunteer and then as UK Director. From a professional educational background he has served in Teen Challenge and has been a youth street pastor.  He has a heart for intercessory prayer, teaching and speaking in churches all over the U.K.  Michael and his wife, Siân, have five children and live in Wales. Michael gained a BA in photography and Qualified Teacher status. 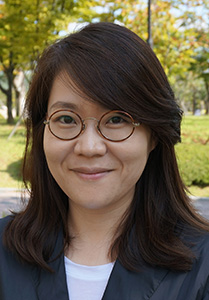 Doorim grew up in a ministry family and inherited her passion for Israel from her mother.  For over ten years, she served the body of Christ as a bible teacher and prayer group leader. In 2010, God called her to bring the message of Bridges for Peace to the Christians of Korea and in 2014, thanks to her commitment and tireless efforts, the BFP Korea office became reality. She has served as National Coordinator since, leading a team of dedicated volunteers with a passion to help the church in Korea to connect with its Hebraic heritage and begin supporting Israel.