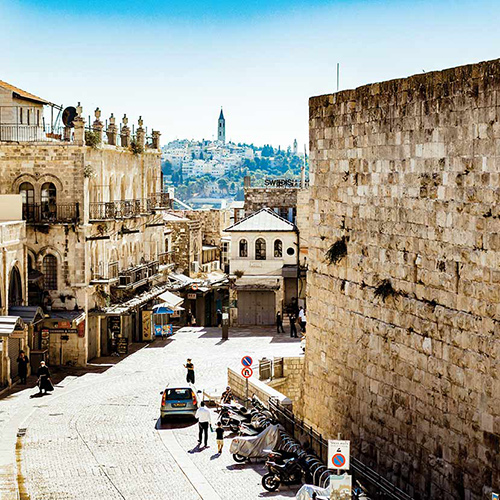 The Time of God’s Favor for Zion

We live in a day when God is keeping His ancient promises to Israel. He is bringing the Jewish people home from all over the world. He is building up Zion. Yes, He is fulfilling His prophetic Word. We also live in days of the coronavirus and the resulting financial troubles. The poor and the newly poor (formerly middle class) in Israel are living in extremely difficult times. Many are becoming destitute. Others fear their downward slide is leading to destitution.

Creating the Next Knesset

{image_1}
Though Israel is a democracy, its election system is not representative, but party-focused. In other words, rather than electing representatives of a party, voters cast ballots for the parties themselves. The parties’ candidate lists—the ranking of party members running for office—are chosen ahead of time by the parties themselves, determining the likelihood of a particular candidate making office. The number of seats taken by a party, determined by the percentage of the vote the party receives, determines how many of their candidates make the 120-seat Knesset (Parliament), starting with the top ranking member. In other words, a candidate ranked 10th on the Labor list would only make the Knesset if the Labor party gains at least 10 seats.

{image_1} Specialists working for the Israel Antiquities Authority (IAA) have begun a limited pilot program that they hope will eventually lead to all of the more than 1,200 plates of Dead Sea scrolls and fragments being photographed and made available online. The scrolls and fragments will be imaged using state-of-the-art equipment and techniques, and the IAA team even includes a retired NASA scientist, Dr. Greg Bearman.

{image_1} When Yaniv Cohen walked into the UK offices of Nefesh B’Nefesh (NBN, “Jewish Souls United”), he planned to seek their help to make aliyah (immigration to Israel). He wanted to join more than a million Jewish people who have made that same choice in the past 10 years. It is part of a miracle that clearly fulfills Bible prophecy. NBN is committed to promoting aliyah from North America and the United Kingdom.

In a Dry & Thirsty Land

{image_1} Exposed shorelines on the Sea of Galilee and the possibility of an estimated 150,000 tons (136,000 metric tons) of fruit lost due to water cuts sound pretty drastic, but are these the worst aspects of the current water crisis in Israel this year? Far worse is the prospect that it may not end next year either.

Dr. David Allen Lewis, the father of Rebecca J. Brimmer, who was affectionately known as Dr. Dave, transferred to glory on June 2, 2007, at the age of 74. He was at his home in Springfield, Missouri, with Ramona, his wife of 52 years, by his side.

Tel Dan is located in the Hula Valley, where the largest tributary of the Jordan River begins its southern journey. The scenery is breathtaking, as well as inspiring, when one considers the vast wealth of history it has experienced.

HAMAS: A Picture of Terror

“The Covenant of Hamas does not change.” Musheer al-Masri,Hamas spokesman

My story doesn’t begin with me; it actually begins with my grandfather. In 1916, at age 15, he walked from Russia to Israel. It took him over a year. He sought new life and hope in what would hopefully become the new Jewish state.

My father was born in Jerusalem and grew up hearing wonderful stories. When he was growing up, Jews were forbidden to enter the Old City during the holidays. My grandfather would take his small family close to the Old City walls—as close as he could possibly get—and describe the Western Wall to my father.

Awaiting the Son of David

In October during the High Holy Days, the nation of Israel welcomed in Rosh Hashanah (Jewish New Year), celebrating it by dipping apple slices in honey and wishing one another shana tovah u’metuka––a year that is good and sweet. The meaning of this simple sounding salutation runs far deeper than the outwardly corresponding “Happy New Year!” that we Gentiles ritually wish to each other at the end of every cycle of the Gregorian calendar.

Your gift to Bridges for Peace will help us feed the hungry, care for the needy, comfort the Holocaust survivors, reach out with Christian love to the people of Israel.